How LSKD grew their revenue by 45.3% in two months with a mobile app 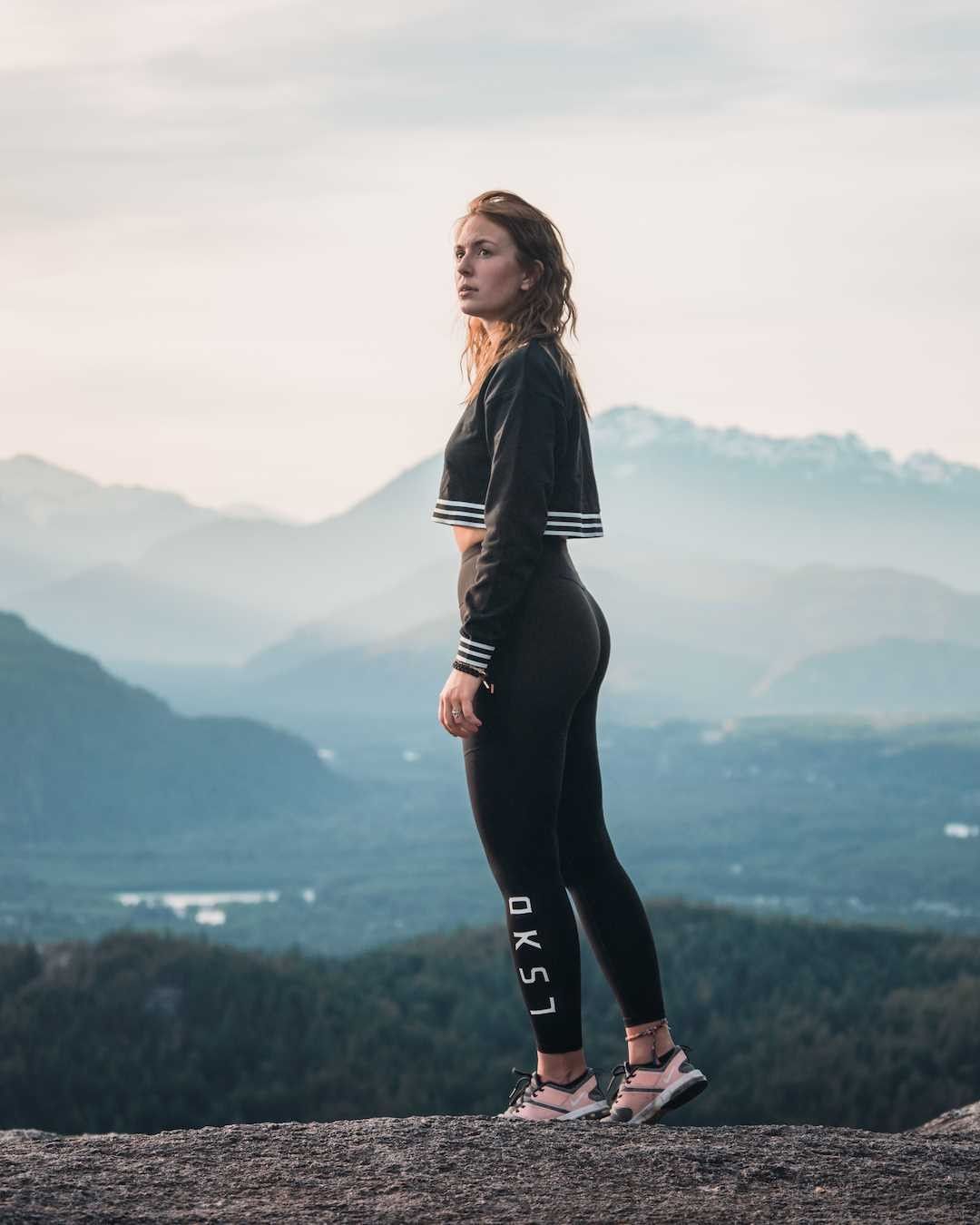 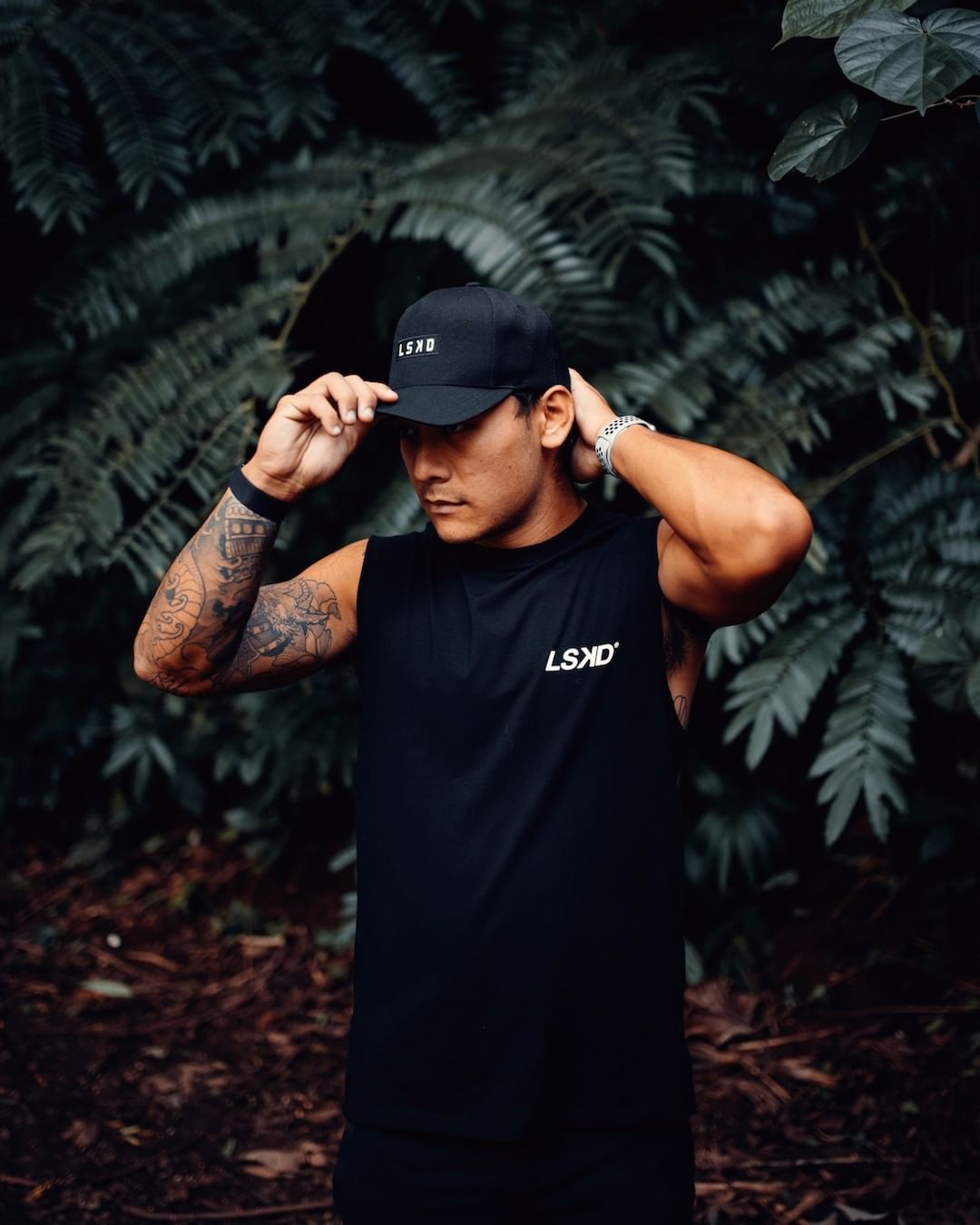 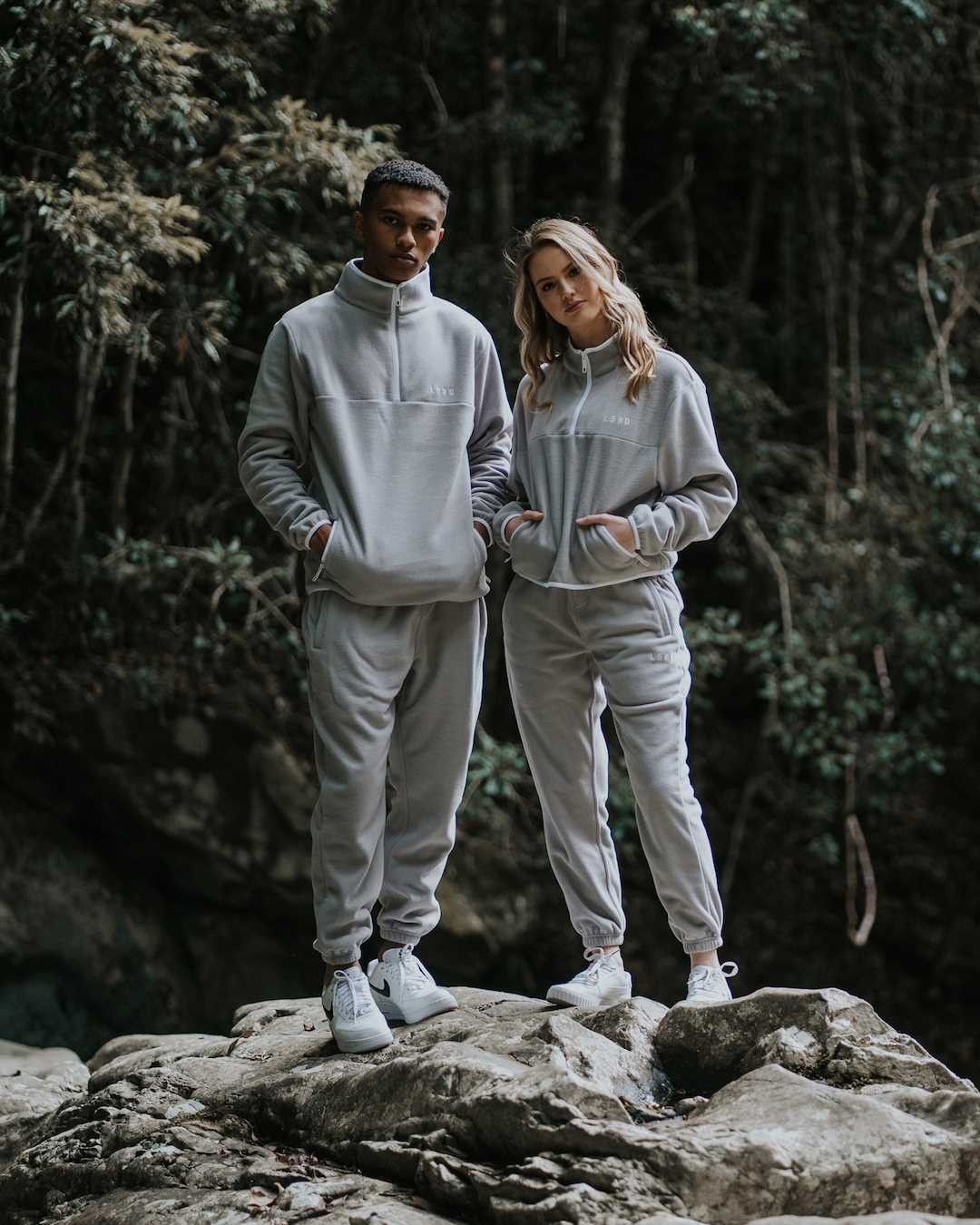 LSKD is an Australian functional sportswear brand that prides itself in producing high-quality clothing with a street aesthetic. Founded in 2007, they’ve always been inspired by the "restless few who influence style, shape the future and chase the vibe.” For them, community is everything, and they were in serious need of an outlet where they could reach their shoppers directly and on-demand—without paying a third party for access to their attention. Enter Tapcart.
“ We wanted a way to diversify ad channels and we knew that having an app would be a way for us to provide more value to our community. James Reu, Ecommerce Manager 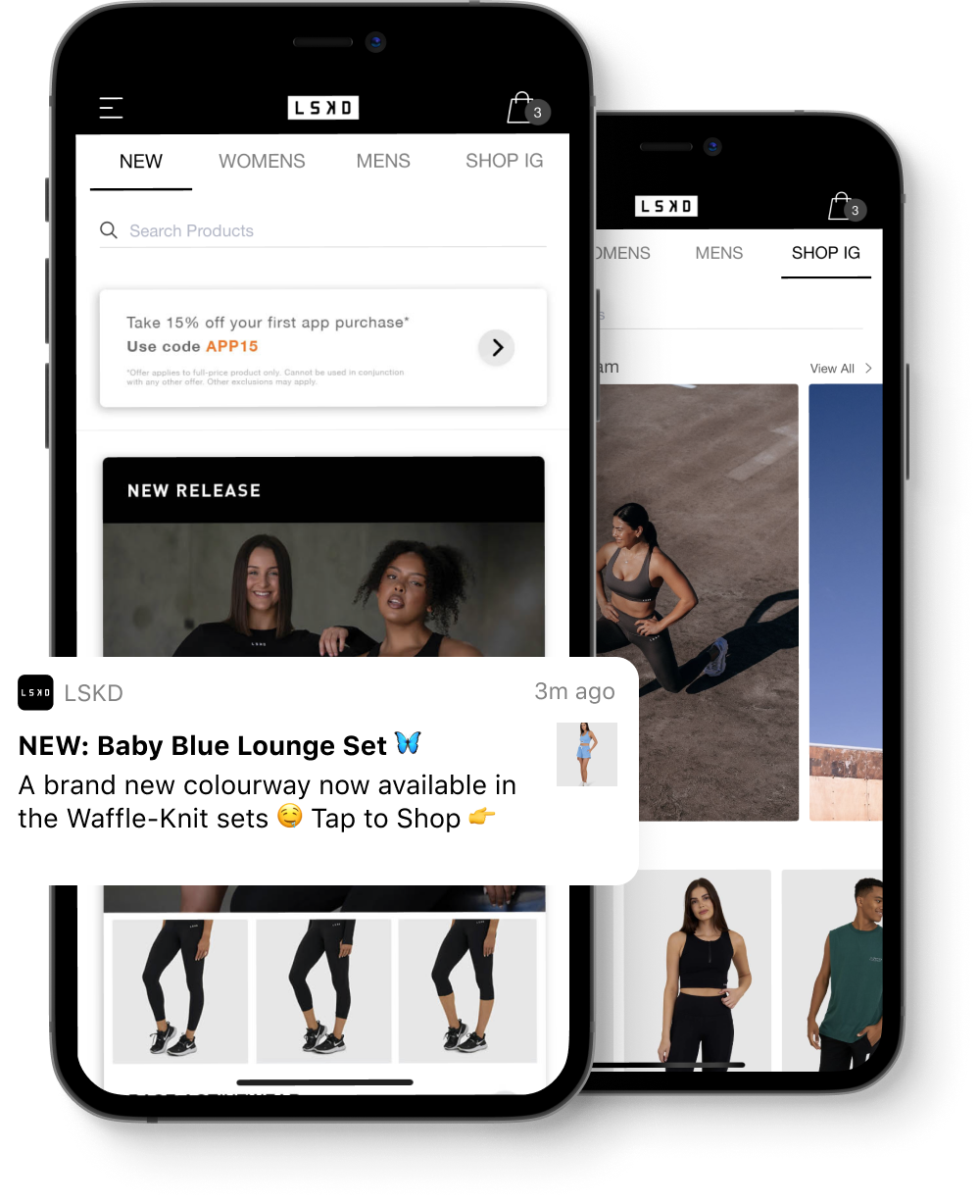 Like so many D2C brands, Facebook ads and email were LSKD’s biggest re-engagement and acquisition channels. In the words of their Ecommerce Manager, James Reu, paying Facebook to run ads in order to access their audience was “the driving force for the business.” Still, he knew that having a mobile app would be a lucrative and forward-thinking investment that would secure long-lasting relationships with their customers. Retention—and being at the top of their customer's minds—was at the crux of their decision to get an app.


"We were seeking a new way to diversify our sales channels and creating an app seemed like the way forward for us. Being in the face of our community at all times would be a game-changer." 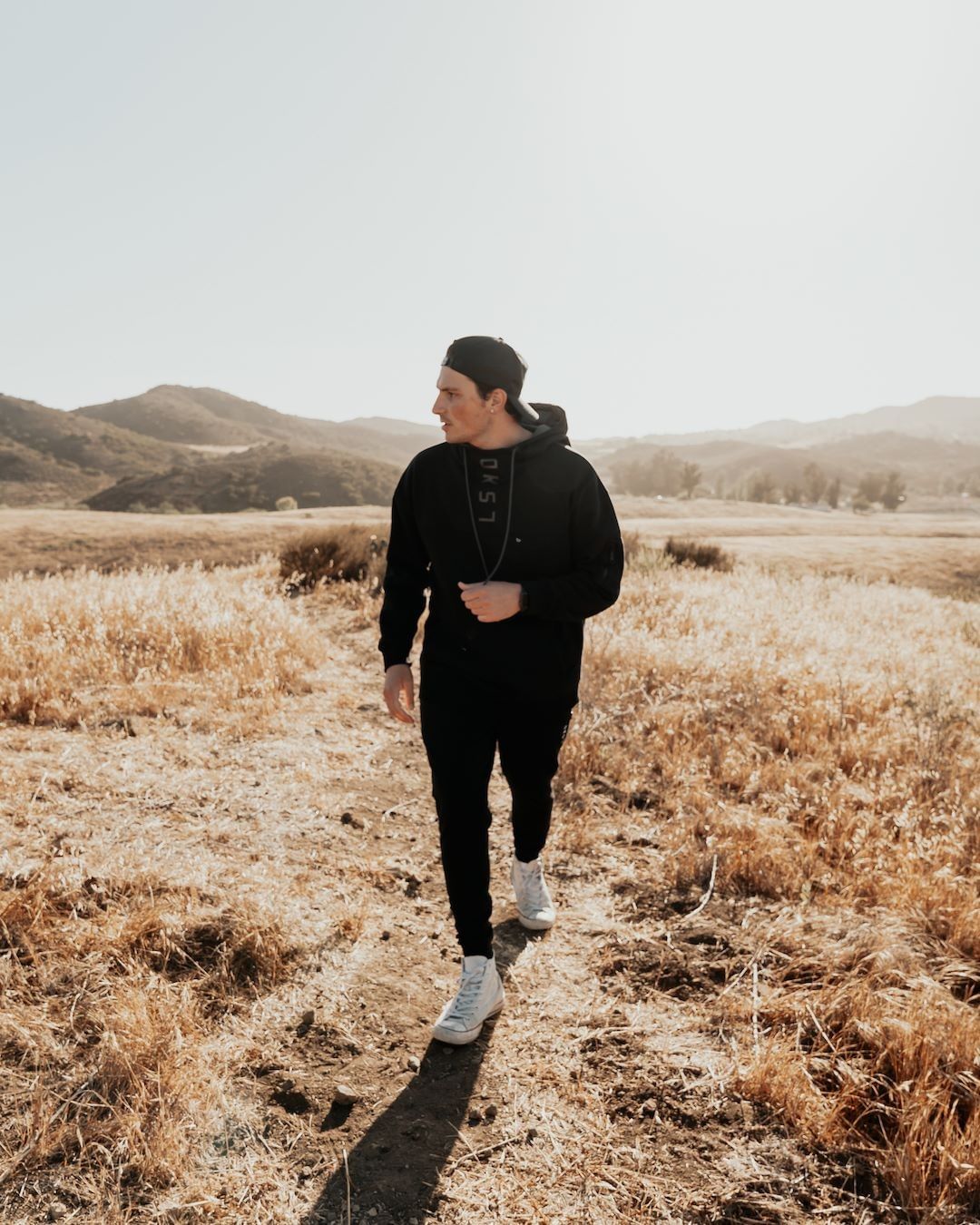 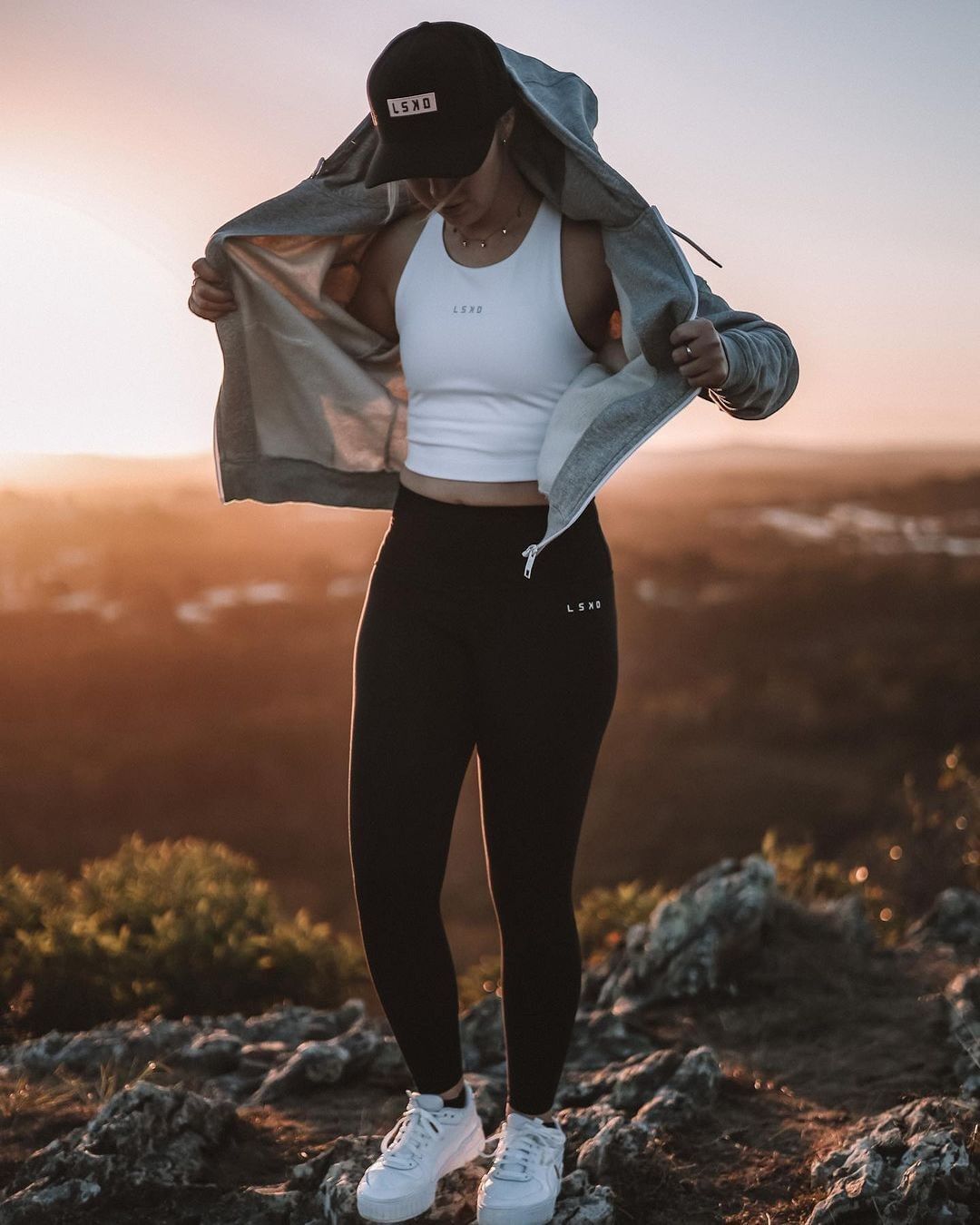 On launching and managing their mobile app

Initially, the team was skeptical about the logistics of running a mobile app, but they quickly realized how intuitive the platform was—from creating the app, to launching and managing it. James even noted that updating content on the app is even easier than on the website.


"The process to set it up was so seamless. We were up and running in 3-4 weeks. Apps usually take 6 months to a year or even more to build a comprehensive app like ours—to have that at our fingertips and to have so much support, it was foolproof." 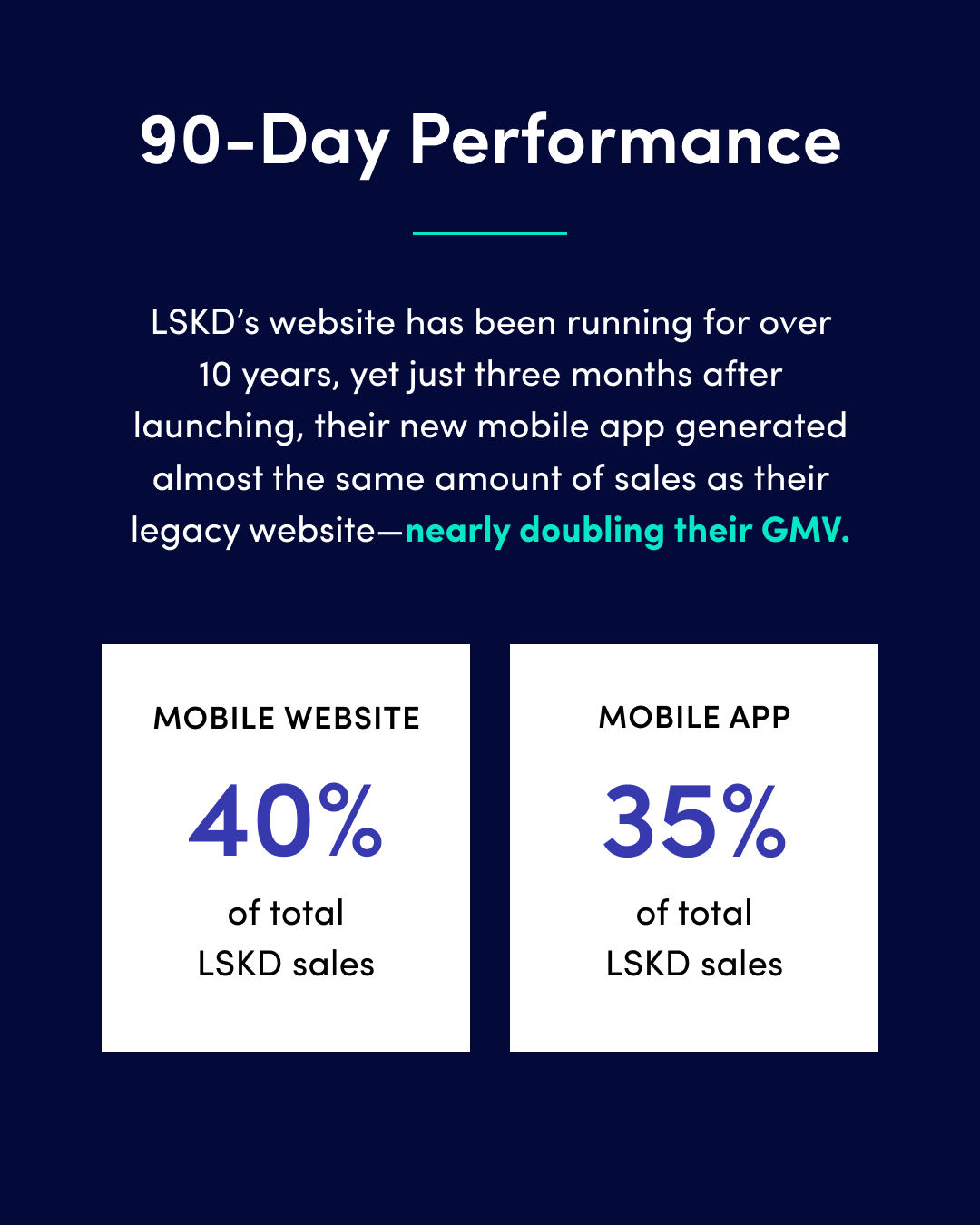 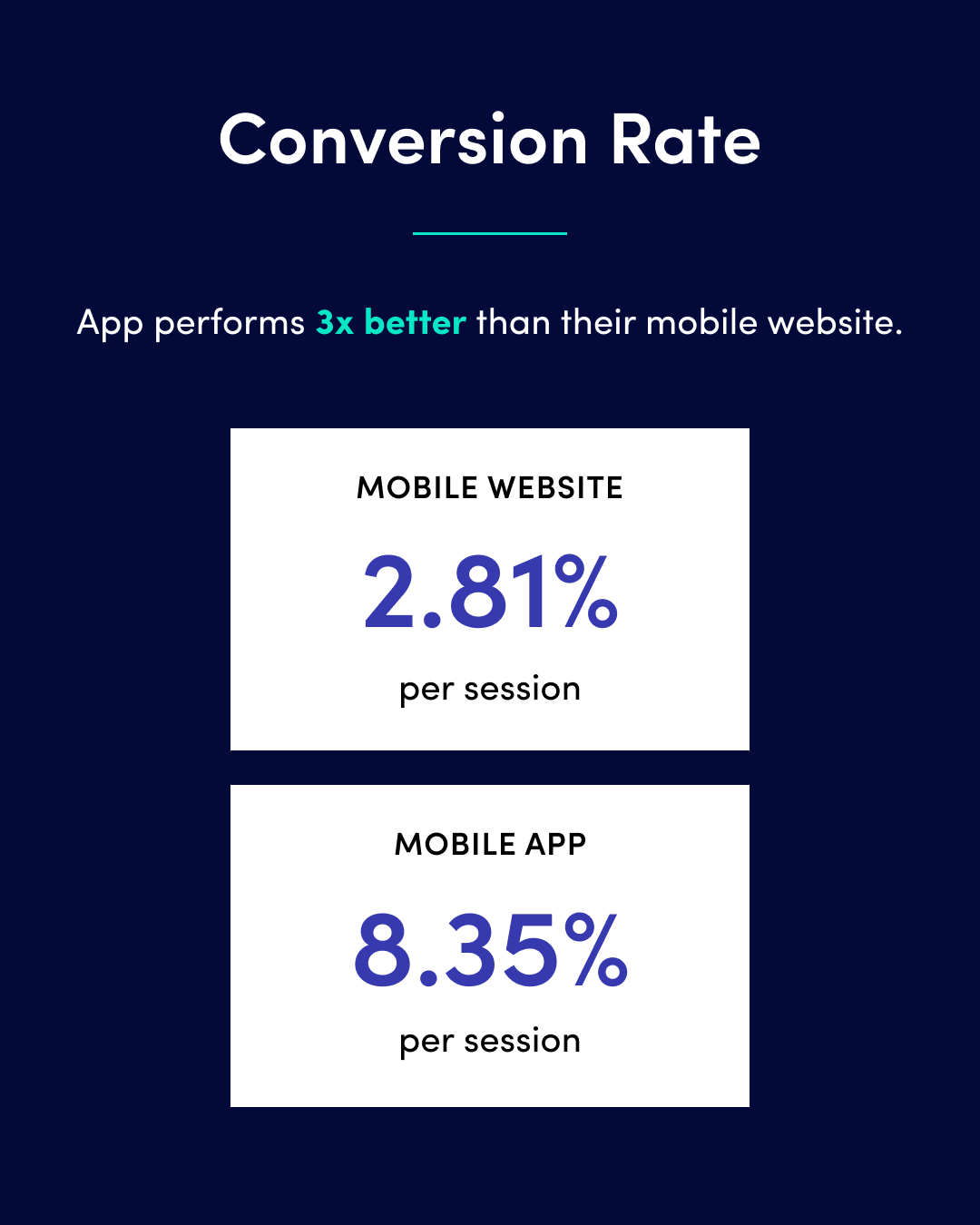 When LSKD launched their mobile app in April 2021, they devised an adoption marketing strategy to incentivize their customers to download their app, running multiple promotions like exclusive app products and limited-time offers. This gave them the ability to not only entice downloads but also grow their push notification opt-in rates.

LSKD was eager to leverage their access to free, unlimited push notifications with an entirely new channel complete with thousands of push subscribers.


"We were eager to grow our opt-in rate so that we can leverage push notifications as an alternative marketing channel. That's what made us so excited—the fact that we were spending quite a lot on SMS marketing when we could be utilizing free pushes. That’s definitely a big part of our decision to create an app. Now, we see an immediate spike in sessions when we send push notifications, and if the messaging includes an offer or exclusive we see a noticeable increase in sales."

In fact, LSKD's total GMV increased by 32.5% in the app's first month and increased by another 45.3% in the second month. Despite having sold their products online for over 10 years, 35% of LSKD's total revenue was attributed to their app in just three months.

Why LSKD's app has a higher conversion rate than their website

The team was blown away by their app's quick revenue results, but the reasons for the channel's success were obvious to their team: push notifications were clearly driving traffic and the app was a significantly better shopping experience.


“We've received lots of positive feedback from our community about their experience with the app, mentioning speed, the simplified design, and ability to checkout in seconds.”

Their community clearly agreed. Having a premium channel served as a retention tool and gave LSKD a channel where they can give their top shoppers a premium way to explore and engage with their store.


“Being a direct-to-consumer exclusive business, we needed this channel to give our super fans a chance to really have a personalized experience." 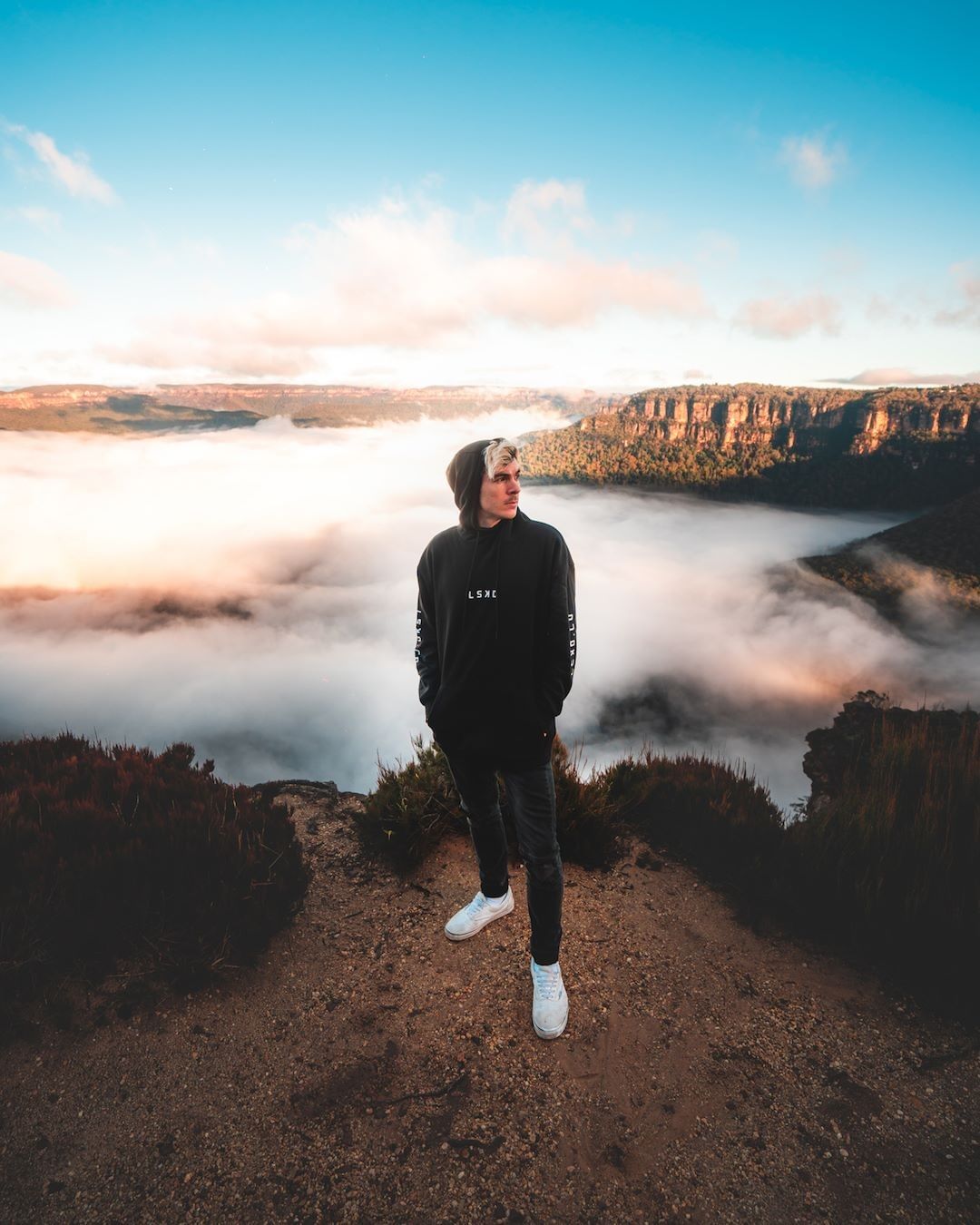 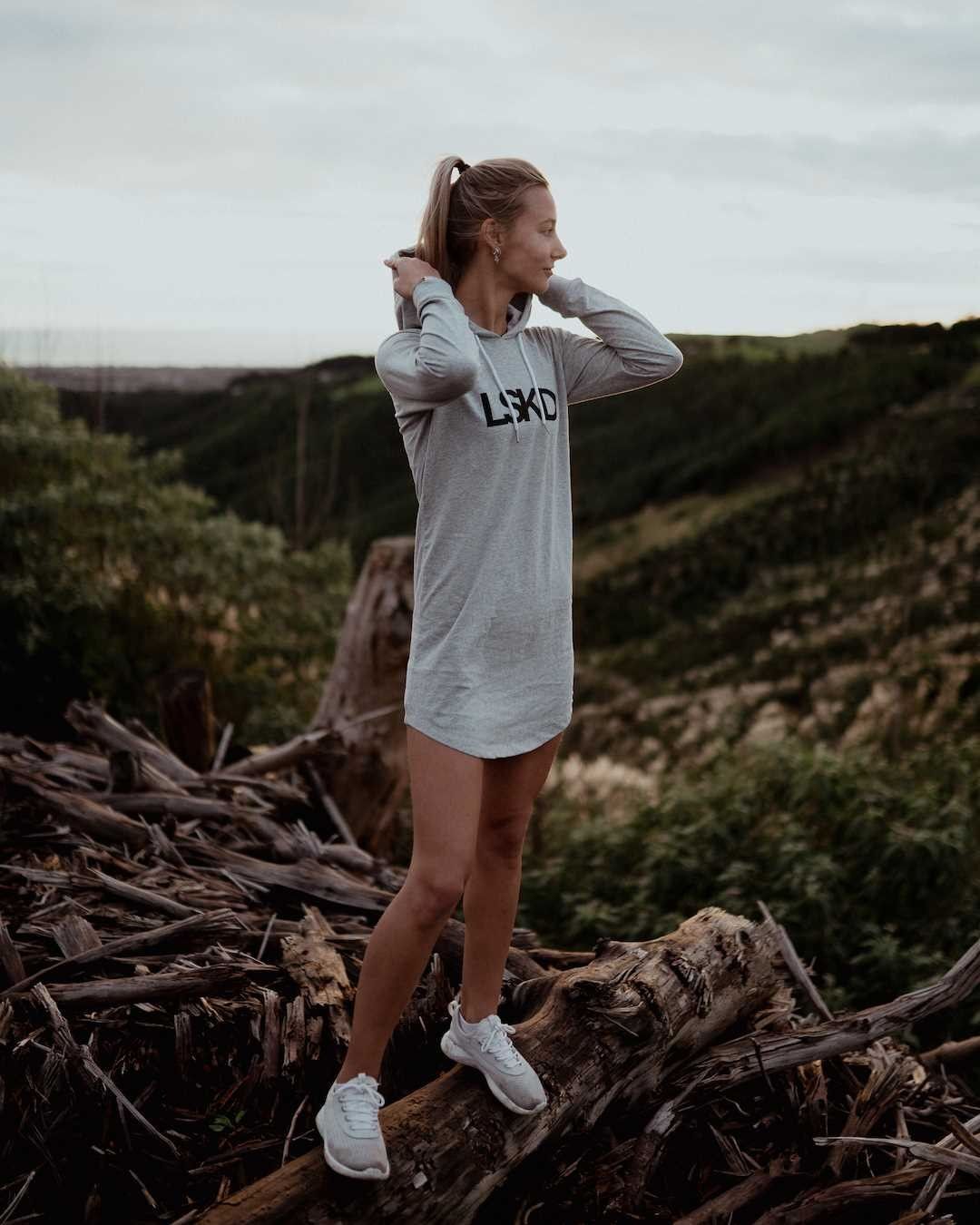 LSKD's advice to Shopify merchants looking to create an app

Like many merchants, LSKD wasn't immediately convinced they should explore having a mobile app. Admittedly, James credited their early hesitancy to "simply not understanding the level of impact an app could have for our business."

Take it from him:


"That initial skepticism, you just have to put to the side. Your customers, especially your returning customers are going to be intrigued by your new app and want to check it out. With more and more people choosing to shop on mobile devices—this feels the way forward. To be more accessible than ever before. It's definitely an effective way to grow your ecommerce business.”

Tapcart is definitely built for conversion and retention—we clearly see that when we look at our data.